Is THIS how our Brexit future is being negotiated?

Is THIS how our Brexit future is being negotiated?

On the front page of The Sunday Times is a piece headlined, “May secretly agrees to £55bn Brexit bill.” As if that were not bad enough, the article quotes a source saying that the opening bid will be £20-30bn, but they expect to settle for around £50bn.

My jaw remains on the floor. If that “leak’ came with the authority and connivance of the PM and the Brexit office, it’s an astonishingly naïve approach to negotiations, to declare your hand in advance. If it were an unauthorised leak, I’d consider that a sackable offence.

Either way, it’s no wonder M. Barnier is running rings around the hapless David Davis.

My wife wanted to use a certain plug in the utility room, but said it was not working. My mind went back to the early ‘90s, when Jana Barnhill delivered a masterful speech in the Final of the World Championship of Public Speaking.

Her speech was about a crash at a railway level crossing. The enquiry believed the watchman when he said he had followed all the right procedures, right down to waving his lamp at oncoming traffic. He was exonerated but later drank himself to death. In his diary he had written, “They never asked me if my lantern was lit.”

I asked my wife if her lantern was lit, then switched on the plug and all was well. Sometimes we just need to ask the right question.

Not sure what the rain in Spain is doing these days, but in Ireland we were warned to expect 30-50mm of rain. In old money, that’s up to 2 inches of rain. One inch is a lot. Two inches would be torrential, even in Ireland where the rain reigns all year round.

Fortunately the monsoon did not come. A wet and windy night, and the car was well washed, but nothing exceptional. The rain was italic, i.e. slanted, but as one who grew up in the monsoon-hit Himalayas, I let it pass by me as the idle wind, which I respect not.

I get lots of emails every day, and delete most without opening them. Just occasionally I open one to see how people are going about their marketing. Here’s one with “Order confirmation” in the subject line.

Turns out it has nothing to do with anything I have ordered, but is offering me a free ebook to download. Value $97, it says.

The opening gambit was a lie, and the claimed value of the ebook is similarly unbelievable. If I could, I would invite the person responsible to sit down and explain the reasoning behind such a marketing approach. It baffles me.

Oh, and there was no ebook either. Page not found.

You can also watch my free Speaking and Presentation Skills videos

Here’s a book you should read 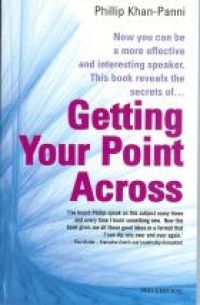 Ever made a presentation and noticed that some of your audience were not listening?

Ever had a conversation a with a person who kept looking over your shoulder for someone more interesting?

If anything like that has ever happened to you, you need this book. Getting your point across quickly and effectively is a skill that really matters in business.

Get it on Amazon here.